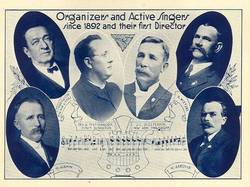 A Short History
The San Antonio Liederkranz was established in the summer of 1892 by the German Catholic immigrant congregation that had built St. Joseph’s Church twenty years earlier. Under the auspices of the Rev. Henry Pfefferkorn, the choir was formed to beautify the German services and sing at the German festivals of the parish and the community. The all-male choir has continued to sing Masses at St. Joseph ’s ever since, including Christmas Midnight Mass, Easter Mass, a German Mass of St. Joseph the Worker, and seven other Masses during the year.
Over the years, the Liederkranz has built a statewide and international following. The chorus has been called upon to sing at many large religious and civic gatherings, among them the Bicentennial of the founding of San Antonio in 1931, the Texas Independence Day Field Mass at Washington-on-the-Brazos in 1938, and the Papal Mass celebrated in San Antonio in 1987. The choir has toured Germany three times, performing twice at the residence of the President of the Federal Republic of Germany.
Today the ranks of the Liederkranz include about fifty active singers. They come from many ethnic and religious backgrounds, but many descendants of the original immigrant families still sing. Every year the chorus is invited to sing at a number of area churches and various non-religious festivals. The chorus presents Christmas and Spring annual concerts and participates regularly in the Saengerfests of the two German singing unions of Texas . The Liederkranz also sings at other German festivals, at Masses and services of various denominations, and for private occasions.
The society has remained true to its purpose, “to promote and perform male choral music of all kinds, with particular emphasis on German and Church music; to serve as a choir for St. Joseph ’s Catholic Church; and to increase awareness of German tradition and culture.”(from the Bylaws)
Men interested in singing with the Liederkranz are welcome to come to any rehearsal – Monday nights at St. Joseph ’s Hall, 420 E Cesar Chavez ( Durango ). Some musical background is helpful. For information contact any Liederkranz member or write PO Box 12442 , San Antonio Texas 78212-0442 .
Associate Members are also welcome; Associates get two tickets to Spring and Christmas Concerts, advance announcements of events and other information. Associate membership is $40 per year.
Catholic Rev. Henry Pfefferkorn founded another singing society in San Antonio, the Liederkranz, in 1892. Later that same year, Otto Hilgers took over as choir director and served until 1934. Under Hilgers’s direction, the Liederkranz became one of the best-known German singing societies in the region, performing oratorios, minstrel shows, theater productions, and comic opera at a wide variety of events across the state. The Liederkranz sang at the bicentennial of the founding of San Antonio in 1931 and at the Papal Mass celebrated in San Antonio in 1987. The group remained active in 2015, and many of the singers in the choir were descendents of the original immigrants.
​From: The Texas State Historial Associatiom
Below is  a photo (courtesy of Jan Jaeckle) of our original flag made in 1896. It has been lovingly restored to its original splendor.It should be noted that no singing group appears at a Sängerfest without a flag, and early in its history, before 1896, the ladies of the St. Cecilia Choir presented the Liederkranz with its own flag.Over the years it has been embellished, most notably in 1938, with the addition of heavy gold thread. At each Sängerfest, it is the custom for the organizations to present their flags at the Sängerhalle, one after the other, at the opening of the fest. A ribbon is affixed to the flag showing attendance for that year. Since the one hundred and twenty-five year old Liederkranz is a member of two such societies which meet yearly, and the flag has been embellished so many times, the cloth of the flag can no longer support the weight of its combined adornments. It is now a museum piece and was replaced in 1989 with a simpler flag on which are hung only a sampling of Sängerfest ribbons. The flag has made a trip to Germany with the singers, which was a good beginning for the next hundred years.And fortunately, in 2015, the original flag was restored and is brought out for special occasions as it was in May of 2017 to celebrate the Liederkranz’ hosting of the Staat Saengerbund’s 71st Saengerfest. 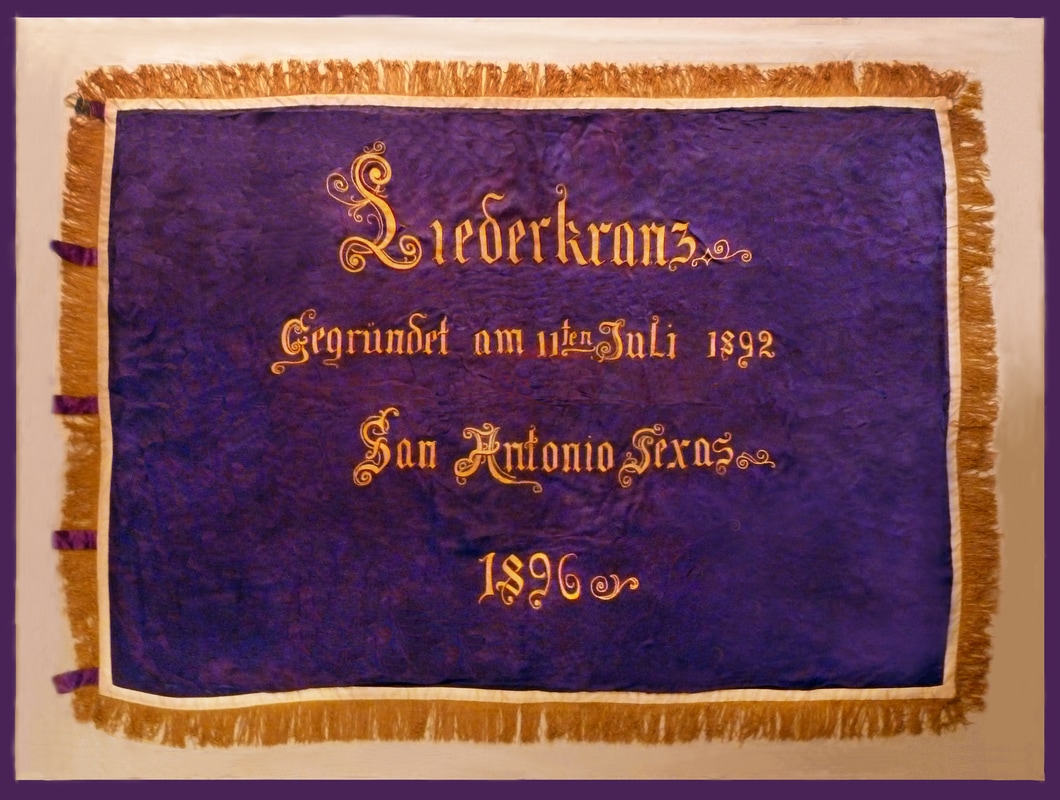 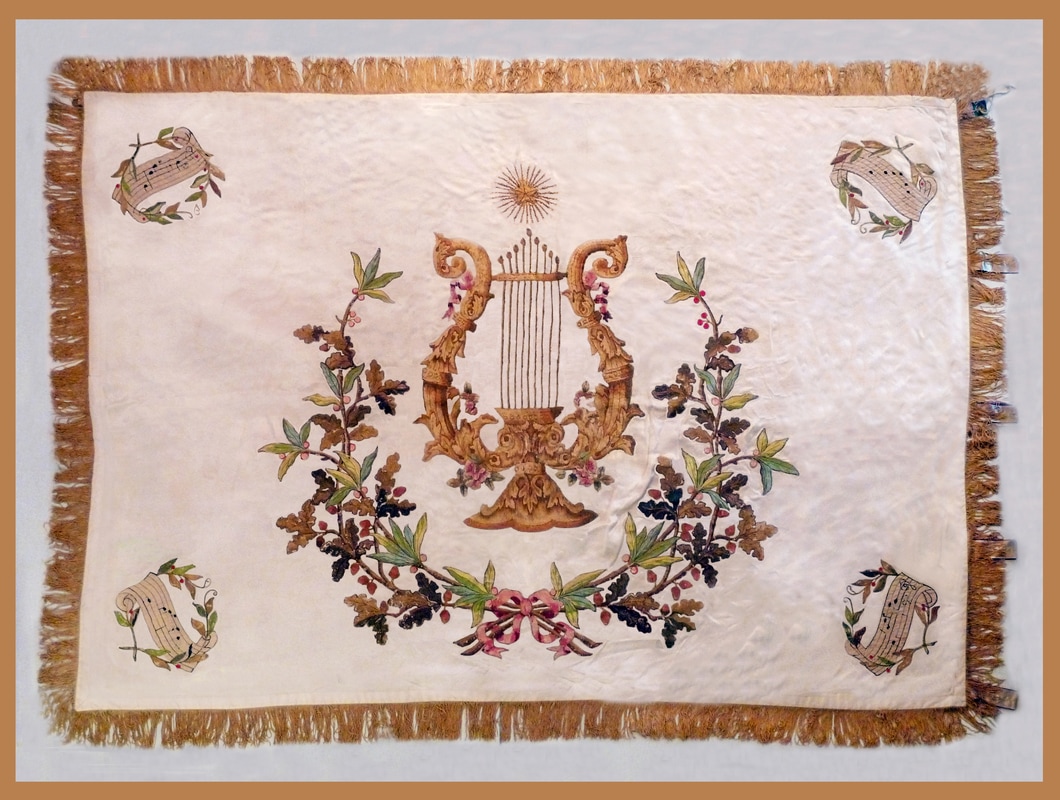