On Tuesday, May 24th we will sing our final fahr whol (farewell) to Patrica Mueller, beautiful wife of our Honored Member Mark Mueller

The San Antonio Liederkranz is an all male (TTBB) choir  that was formed by
Fr. Henry Pfefferkorn 130 years ago as the Men’s Choir of  St. Joseph's Catholic Church in downtown, San Antonio, Texas.

The choir sings the fourth Sunday 11:00 Mass at St. Joseph's with the exception of July, August, and December. In December they always sing for Midnight Mass.

In addition, the choir puts on two  major fundraising concerts. The  Spring /Summer  Concert in June/July is composed of secular music and the first (or second) Sunday in December is  reserved for our annual Christmas Concert where we sing a mixture of English,  German, and Latin Christmas carols.

Rehearsals are held every Monday night at 7:30 PM at St Joseph’s Hall, 420 Cesar Chavez/Durango in the historic King William  Neighborhood of San Antonio.  If  you are a male, over the age of 18, and have a good singing voice, and sense of  devotion to a singing organization, please come to the hall most any Monday night and try out. We are always seeking new singers.

Thanks to the San Antonio Photo Imaging Center(SAPHOTO.COM) (founded by former member, Carl Schiele) which not only touched up this 120 year old photo but also provided us with a digital format for our web page 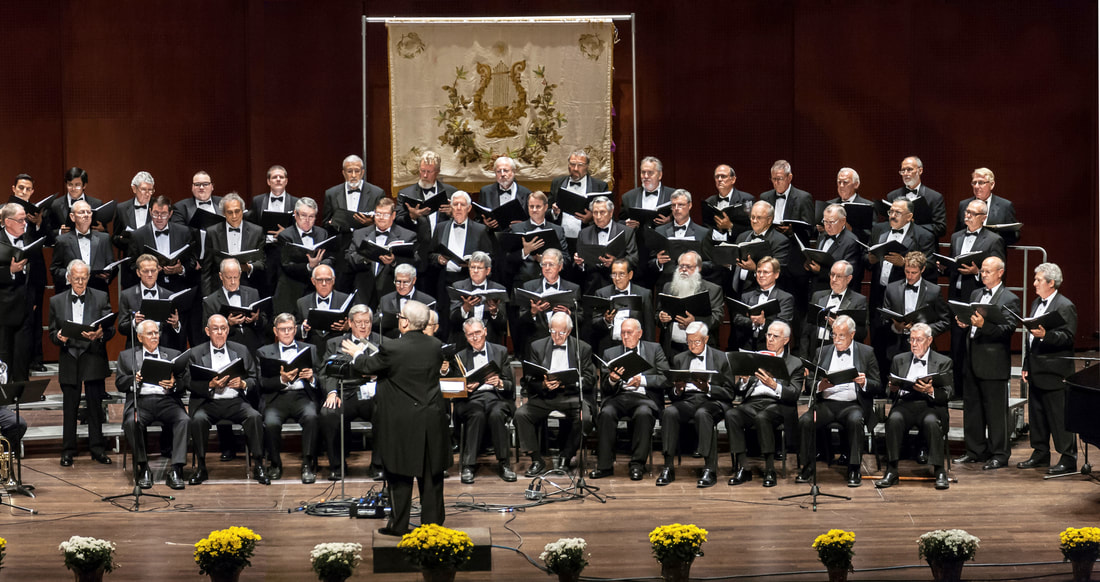 2022 Spring Concert
"Beethoven to Broadway"
Sunday, June 12th 3:00 PM
at
Whitley Theological Center
on the grounds of
Oblate School of Theology
285 Oblate Drive 78216
Admission at the door: $15.00
Or click on Contact Us to order ahead.
Tickets will be held in will-call at the Whitley
(open seating)
Like good old German Music?  Listen to our member Clarence Scheel's GERMAN MUSIC ONLINE RADIO SHOW IN NEW BRAUNFELS ...Click on www.NBGermanmusic.com